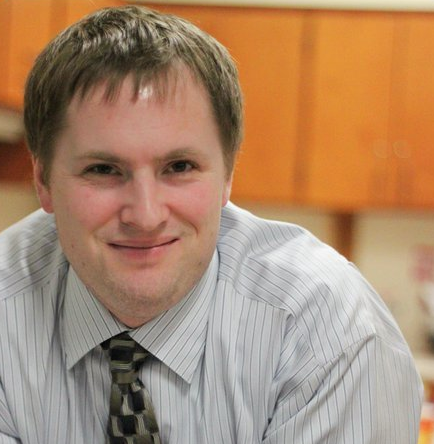 My name is Andrew Macklin, and I am extremely proud to be the Editor-in-Chief of The Advocate.

In the first issue of our publication, we were able to give our readers a sense of the content that will be seen within our pages month to month. With the help of our incredible faculty of writers, we will tell the stories that are becoming the narrative of a community emerging from a darkened past. Our stories will educate, inspire, and entertain those who read them, and will hopefully allow your own stories to come to life.

No matter how you reacted to the story by Jan Vanderstelt in our first edition, you have to respect that fact that he was willing to share it. It isn’t easy to uncover a hurtful past and pour it on to a page for everyone to see. It isn’t easy to tell a story that, perhaps, you weren’t prepared to have others know. It isn’t easy to challenge yourself to recall or recount the details or a painful incident.

That challenge is one that we have thrown out to our faculty. We have said from the beginning that part of being involved in The Advocate is to challenge ourselves to tell the stories that we are not prepared to tell, in addition to those incredible tales of our community that we share every day.

As I began working with our faculty, I realized that the challenge I helped to create was simply unfair. How could I expect people to look deep within them and pull out a story that they had no interest in sharing with anyone? Who was I to make such a demand?

Part of being a leader is understanding when the situation arises that specifically calls for your leadership. Knowing when the time is to stand up and be prepared to stand at the front and ask people to follow the example you are about to set.

I knew that what I was asking for was unreasonable. So I have decided to do something about it.

There is just one subject in my life that makes me uncomfortable to discuss. That subject is my father. I have always struggled to come to terms with the life he chose to lead, and the destructive forces of the illnesses that plagued him. The subject is my kryptonite, my crutch, my unwanted refuse.

I have tried to set an example for our faculty, and for our community, by confronting my struggle head on. On the eighth anniversary of my father’s passing, September 28th, 2011, I travelled to St. James Anglican cemetery to try and make sense of it all. The resulting article can be found below.

My hope is that we can all find the courage to confront the stories that are buried deep within ourselves. Our fight to overcome our own struggles, our own vices, our own demons, can be one of life’s greatest challenges. It is my hope that the stories published in The Advocate can help the people in this community meet these challenges head on, and be able to tell their own stories to the people who need to hear them.

My father was really sick.

It took me a long time to really accept that the previous statement was true, and I still have moments where I fall back in to a belief that this is simply not true.

Eight years to the day after he had passed, I found myself back at his grave struggling to come to terms with a life that, to me, seems wasted. Perhaps I should provide some back story.

My parents moved to Brantford in the late 1960’s around the time they were married. Both were young teachers looking to find a starting point for their careers, and both found opportunities in Brant County. After spending a year or two teaching at BCI, my father moved on to Paris District High School while my mother stayed at home to anxiously await the arrival of her first child.

From the late 1960’s to the mid-1980’s, my father carved out an impressive teaching career. In the classroom, he had become Head of the Science Department within a few years thanks, in part, to his dedication to his students. Outside of the classroom, he had established himself as a premier track and field official, coaching locally and officiating across the country.

As the story goes, from what details I have pieced together from when I was young, it was around the 1984 or 1985 when the first signs began to show fairly clearly. There were members of his family that had suffered with depression, and he was showing that he too was suffering as well. At first glance, the suggestion was sluffed off as nonsense. As the next 5-7 years progressed, it became inherently obvious that his depression was getting the better of him. For reference, all of this was happening while I was in elementary school.

As the fall of 1991 came, and I began high school at BCI, the depression began to foster itself in to other ailments. His body began fighting his mind, the highs and lows became higher and lower, and the father that was began to deteriorate and fade away into oblivion. All of this was happening during my high school years, so you can just imagine how it was affecting my growth and development as a young adult.

By the time my university years rolled around in 1997, my father was on the path of no return. His lack of desire to fight his ailment when he still had the capacity to do so had now placed him on the slow path to his own demise. He was, quite literally, dying a slow and painful death.

It was a year and a half after I had return from university. I had gone to Western for the day to visit my girlfriend of the time. I returned home to find my brother and mother sitting across from each other in the living room. I knew that it meant that my father had passed. I was relieved, both for him and for myself. The one thing that had caused the most pain, the most grief, the most suffering, was no longer within my world. I thanked God for finally taking him away…

Across the past 8 years, I have been fortunate enough to meet some incredible people in this community that have fond memories of my father from his good days. People like Jane Stewart, Rick Mannen, Jennifer Kinneman, and John Wehrstein have all been quick to tell me stories of the incredible teacher and coach that once helped mould them into the incredible people that they are today.

It’s funny. Even as I wrote the previous paragraph it reminded me of the greatest struggle I have had to overcome with my father. There are a group of people in this community who have these glowing memories of my dad, memories that I don’t have. Memories that I want to have. Memories that, damn it, I should have. But there was nothing anyone could do. My dad was his own man, and nothing that anyone said to him would change the fact that ‘he knew how to take care of himself.

Eight years to the day from his passing, I took my girlfriend with me to my dad’s grave. I didn’t know what I wanted to say, or if I wanted to say. I just knew that it was September 28th, and to me, it was right to go see him.

I stood in front of the grave and stared. Before I knew it, I found myself flying off the handle, ranting and raving about everything he was missing by not being here. Weddings, births, funerals, reunions, friends, family, he was missing it all. I found myself switching between fits of rage and tears of sadness as I let loose on a tirade about what he’d left behind. I kept looking to my girlfriend to make sure I wasn’t scaring her as I found myself overwhelmed with conflicting emotions. As it all transpired, one line kept coming out. “You should be here.”

As it came to a close, I softly crouched to the ground one last time. I looked at the grave, looked at the sky, and said “I miss you. I love you. You should be here.” I have never used the words ‘miss’ or ‘love’ ever before to describe my father, and yet, in that moment, it’s what came out. I have no explanation for it, no understanding of it, it’s just what happened. I looked back a few times as I walked away, unsure of what I thought I had left behind. I knew I had done the right thing by going there, but I still have no idea if it accomplished anything.

Sometimes the people in our lives let us down. I know that’s certainly how I have always felt about my father. I’m starting to understand just how important it is to let that go, and move on with the incredible things that we already have in our lives. The family that looks out for us, the friends that appreciate us and the people who love us are still here even if others we have loved along the way are not.

I hope that by confronting this fear, it will help me move on…

One Reply to “Confronting My Own Story – by Andrew Macklin”